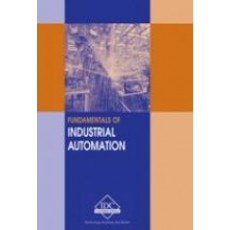 This manual will provide you with information on the cutting edge best practice in instrumentation, PLC's, PAC's; updates on fieldbus, industrial ethernet, industrial wireless; an appreciation of the latest developments in industrial automation, review of current SCADA practices and a clear understanding of the acronyms and terminology used.

The elements of an industrial control system form part of an interconnected web using Ethernet, Fieldbus and Wireless. Information is effortlessly transferred from an instrument to the SCADA terminal on a boardroom table. In this workshop, real life examples from current control system technologies are used to give you the latest background in current vendor solutions. The material is presented in an easy to understand practical way enabling you to apply the concepts quickly and effectively to your next automation project. Once you have completed the course  you should have a good overall understanding of how to harness the power on industrial automation and how to deal with contractors and experts working in the area. This will result in a quicker ability to make decisions on the best way forward resulting in a quicker time to design, install and commission industrial automation equipment and, naturally, reduced costs.

This course is aimed at you if you are interested in gaining an overall appreciation and general understanding of industrial automation and control technology. This ranges from a variety of devices such as: sensors, instrumentation, actuators, Programmable Logic Controllers (PLCs), Distributed Control systems, SCADA systems, Industrial Ethernet, Fieldbus and Wireless.

There are four threads running throughout this course:

The elements of an industrial control system form part of an interconnected web using Ethernet, Fieldbus and Wireless.The concept is for information to be effortlessly transferred from an instrument to the SCADA terminal on a boardroom table.

Real life examples from current control system technologies will be used to give you the latest background in current vendor solutions.

This is not an advanced course but one aimed at covering the fundamentals in a easy to understand way. The material is presented in a clear practical way enabling you to apply the concepts quickly and effectively to your next automation project.

This course is designed for people who want to gain a general understanding of Industrial automation control technology and the techniques required to design and maintain a control system. It is of interest to people, who may be a expert in one of the areas and want to gain a general appreciation of the full spectrum of industrial automation best practice.

The course is made highly interactive with short clips of videos, practical design exercises, and practical hands-on sessions with simulation software to demonstrate the key concepts.

Industrial automation is one of the solutions available to increase competitiveness, while satisfying customers.

Earlier generations of digital control systems have been combinations of existing automation practices and advances in electronics and information technology. With the emergence of microprocessors in the late 70’s, faceplates of pneumatic controllers were transferred to computer screens of Distributed Control Systems (DCS). Since then, PC technology has, after a long debate, found its way into industrial applications. Current control systems are typically a mixture of many techniques.

We can expect that a similar situation will exist in the future. Increasing processor power, consumer electronics, mobile communication networks and programming languages provide the tools to implement smart functions that have been unrealistic before. Meanwhile, recent advances in the control domain have grown upwards from low-level programming languages and communication standards in the direction of more comprehensive data models and reference architectures. The increasing degree of horizontal and vertical integration leads to complex applications, which, in turn, calls for more powerful communication and computation models in control systems.

The term “automation” in general has a wider scope; it refers here to the rather low-level monitoring control of equipment and production processes. A control system is a collection of distributed devices and software interconnected by means of a communication network. It typically performs functions such as process monitoring and control, management of production operations and reporting. However, it is recognized that control systems must be integrated with higher-level business and service applications.

Industrial automation, shown in Figure 1.1, is according to the online encyclopaedia Wikipedia, defined as the “use of computers to control industrial machinery and processes, replacing human operators.” The main advantages are lower costs in accomplishing the same tasks, repeatability, improved quality control and closer integration to the business systems of the enterprise. Industrial automation is effected with industrially hardened computers referred to as programmable logic controllers (PLC’s) which are connected to sensors (such as flowmeters and temperature probes) and which control sets of outputs such as valves and actuators with a computer program. Human machine interfaces (HMI’s) are connected to the PLC’s and allow the operator to view the process and to control it. The HMI’s are also referred to as SCADA (supervisory control and data acquisition) terminals as they allow the operator to control and acquire data from his computer display or interface unit.

Automation was first used in the early twentieth century by the automotive industry to describe the process of applying automatic control devices to production equipment. DuVall noted that there are three building blocks to an automation system (or automated operation or process): a repeatable manufacturing operation or process, a control system and a material placement system.

The main advantages of industrial automation are lower costs in accomplishing the same tasks, repeatability, improved quality control and closer integration to the business systems of the enterprise. Typical components that form part of an industrial automation system are sensors, control valves, hardened industrial computers and human machine interfaces (HMI’s).

There are various levels of industrial automation. At the lowest level on the factory floor, instruments are used to monitor and measure the industrial processes such as flow rates and temperature. Also at this level, valves are used to control the flow rates of materials. The next level up comprises industrial computers (often referred to as Programmable Logic Controllers) which take the signals of the instruments and issue control signals to the valves and other related devices to regulate the processes in an orderly and automated manner with an emphasis on efficiency and optimisation. The third level comprises computers on which software runs (often referred to as Supervisory Control and Data Acquisition or SCADA packages) and which issue instructions to the Programmable Logic Controllers and display all the industrial process information (such as flow rates/temperatures/pressures/levels) on a computer screen. This information is used by the plant operator to  make decisions on the management of the plant.

Examples of the particular requirements for industrial automation training will be examined in the following paragraphs.

An example of new technologies applied to an industrial automation training application for a dairy’s bottling line was described ("See it and do it," 2006) where animation, video and audio commentary demonstrated the processes and equipment operating functions to engineering personnel. This was on-demand training and removed the need for dedicated training staff.

Amos (2007) referred to Campbell who indicated that training of automation technicians, technologists and engineers should include mechanical engineering, electronics, process control and computer science. Amos also quoted Ryan who felt that these technical professionals should have a basic troubleshooting skill as well. Ryan continued by saying that he felt one of the greatest difficulties students have is the ability to conceptualise what is displayed on an operator display and to visualise the real process represented by this data (and in the process changing data into information). He believed that students have to have significant amounts of hands-on training in preparing them for a future career as an automation technician/technologist or engineer. In order to address this point, in the research, the hands-on nature of blended learning has been emphasised.

According to Iversen (2006), the increasingly sophisticated automation, instrumentation and process control equipment used in industry, coupled with a greater productivity imperative, less staff and the shortage of skilled employees is producing new challenges in training in this arena. The challenges include an increased demand for customisation of training materials, more courses on-site with less travel for employees and  increased online training. There have been challenges with lack of interaction and hands-on learning with the online approach and a solution has been to use a blended approach. An example of blended learning was given of introductory training in a classroom followed by online training.  Iversen (2006) concluded by observing that a good example of the benefits of successful automation training was with a major USA food manufacturer where response times from maintenance personnel were improved and downtime significantly reduced.

One of the first successful steps in industrial automation was the distributed control system (DCS), a well-managed mix of several innovations developed in the late sixties by a team of engineers within Honeywell. This major industrial automation innovation achieved significant sales in  the process control markets within just a couple of years. The segment has now expanded to several billions of dollars.

The other major automation product segment to achieve significance, also in the 1970s, was the programmable logic controller (PLC). The first PLCs were developed for specific applications – reprogrammable test installations in the automobile manufacturing business, replacing hard-wired relay-logic which was hard to modify. The PLC market expanded rapidly.

This manual is broken down into the following chapters: