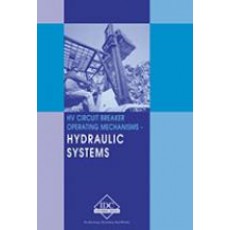 Hydraulics is the transmission and control of power using a liquid as the flowing medium. In other words, it is a fluid power system which uses liquids.

Power in a machine can be transmitted to its various parts by using electricity, mechanical connections, pneumatics or hydraulics. Generally a combination of the methods is used for power transmission.

Hydraulics has the following advantages over other means of power transmission. See Figure 1.1.

Features and advantages of a hydraulic system

The S.I (Systéme International) system is the system of measurement used in Australia. It is based on the metric system and makes use of the decimal system.

The base units of measurement are as follows

The definition of ‘Force’ as applied to hydraulics is ‘Any cause that tends to produce or modify motion’.

Force is measured in Newtons. One Newton (N) is the force required to accelerate a mass of one kilogram at a rate of one meter per second squared.

Acceleration due to gravity is commonly used for calculations and it is equal to 9.81 m/s2.

Area is the measure of the size of a surface. Area is measured in meters squared – m2

See Figure 1.2 for the pressure-force relationship

Pressure can also be expressed in terms of bar, where

Pressure in the US unit is measured in terms of lb/in2 or psi where;

Pressure and flow are key parameters involved in the study of hydraulics. Pressure in a hydraulic system comes from resistance to flow. This can be best understood from Figure 1.3.

Pressure buildup in a hydraulic system

Consider the flow from a hydraulic pump as shown. Here, the pump produces only flow and not pressure. However, any restriction in the flow from the pump results in the formation of pressure. This restriction or resistance to flow normally results from the load induced in the actuator in a hydraulic system. The various conductors and components of the hydraulic system such as pipes and elbows also act as points of resistance and contribute to the generation of pressure in the system.

The earth is surrounded by an envelope of air called the atmosphere, which extends upwards from the surface of the earth. Air has mass and, due to the effect of gravity, exerts a force called weight. The force per unit area is called pressure. This pressure exerted on the earth’s surface is known as atmospheric pressure.

Most pressure measuring instruments measure the difference between the pressure of a fluid and the atmospheric pressure. This is referred to as gauge pressure.

Absolute pressure is the sum of the gauge pressure and the atmospheric pressure.

If the pressure is lower than the atmospheric pressure, its gauge pressure is negative and the term vacuum is used when the absolute pressure is zero (i.e. there is no air present whatsoever). Refer to Figure 1.4 which shows the relationship between the various pressures.

In the above figure:

Pa is the atmospheric pressure

Pgauge is the gauge pressure

Pab is the absolute pressure

Pvacuum is the vacuum pressure

Pascal’s law states that “pressure applied to a confined static fluid is transmitted equally and undiminished in all directions throughout that fluid and acts with equal force on equal areas”.

Multiplication of force in a hydraulic system

A body is said to possess energy when it is capable of doing work. Therefore, energy may be broadly defined as the ability to do work. In other words, energy is the capacity of a body for producing an effect. In hydraulics, the method by which energy is transferred is known as fluid power. The energy transfer takes place from a prime mover or input power source to an output device or actuator.

Energy is further classified as

The following are the two forms of energy:

Kinetic energy is the energy possessed by a body by virtue of its motion. This energy will remain stored in the body as long as it continues in motion at a constant velocity. When the velocity is zero, the kinetic energy is also zero.

The basic purpose of the fluid in a hydraulic system is to transmit force and motion throughout the system. The other functions of the hydraulic fluid are:

The single most important material in a hydraulic system is the working fluid itself. Hydraulic fluid characteristics have a major influence on the equipment performance and life and it is therefore important to use a clean, high quality fluid so that an efficient hydraulic system operation is achieved.

1)     Transmission of power: The incompressibility property of the fluid due to which energy transfer takes place from the input side to the output side (see Figure 1.8).

Lubrication property of a hydraulic fluid

Hydraulic fluids should have good lubrication properties to prevent wear and tear between the closely fitting moving parts. Direct metal-to-metal contact of the hydraulic components is normally avoided by employing fluids with adequate viscosity, which tend to form a lubricating film between the moving parts. The hydraulic components that suffer the most from conditions arising out of inadequate lubrication include pump vanes, valve spools, rings and rod bearings. This has been illustrated in Figure 1.10.

Wear and tear is the removal of surface material due to the frictional force between two mating surfaces. Wear and tear is avoided by having adequate lubrication between the moving components.

3) Sealing of clearances between mating parts: The fluid between the piston and the wall acts as a sealant (see Figure 1.11). The centre portion of the valve contains fluid under high pressure, whereas the fluid at the left portion is at a lower pressure. The arrow marks show the locations where the fluid provides sealing between the moving and stationary parts of the valve.

Sealing property of a hydraulic fluid

4)   Dissipation of heat:  Heat dissipation due to the heat transfer property of the hydraulic fluid (see Figure 1.12).

The heat produced in the hydraulic system is dissipated by the fluid by conduction and convection. The movement of the fluid in the system transfers the heat from the heat generation source to the cooler sections of the system, thereby effectively reducing the temperature of the system.

For the hydraulic fluid to properly accomplish these primary functions, the following properties are essential:

Last but not the least, the fluid selected must be cost-effective and readily available.

It is quite obvious that a clear understanding of the fundamentals of fluids is required to fully comprehend the concepts of hydraulics. We shall therefore briefly review certain important terms and definitions that are often used in hydraulics.

Too high a viscosity results in:

Too low a viscosity results in

Viscosity can be further classified as:

Also known as the coefficient of dynamic viscosity, absolute viscosity is the tangential force on a unit area of either one or two parallel planes at a unit distance apart when the space is filled with liquid and one of the planes moves relative to the other at unit velocity. It is measured in poise. The most commonly used unit is centipoise, which is 1/100th of a poise.

It is usually measured in centistokes.

Oxidation resistance of oil is the resistance of the oil for chemical breakdown. When oil comes in contact with the oxygen in air, oxidation occurs in the oil and gives rise to the following deterioration:

Foam resistance is the ability of the fluid to resist the formation of foam and reject air from the fluid. Foaming can result due to poor system design or faults which allow air to mix with the fluid.

This is the ability of the fluid to separate from or resist mixing with water.

The causes of cavitation are as follows:

The symptoms of aeration are similar to those of cavitation. The following are the causes and the remedies for aeration:

Hydraulic circuits are represented by symbols and diagrams and are similar to electrical circuit diagrams in the following ways:

The following are the differences between hydraulic circuit and electrical circuit representations:

Standard 1101, Part-1 provides the symbols for hydraulic circuits. The working lines are continuous lines drawn between connection points and the component symbols. These lines are used to represent supply lines, return lines and feed lines and are represented as shown by the line below:

The pilot control lines are represented by a series of long dashes as follows:

Drain and bleed lines are represented by series of short dashes as follows:

In hydraulic circuit diagrams, two or more components are put together as one complete unit and surrounded by enclosure lines to represent an assembly, instead of as separate components.

1.7          Recommendations for working on hydraulic systems

Due to high pressures encountered in hydraulic systems, great caution should be exercised while working on them.