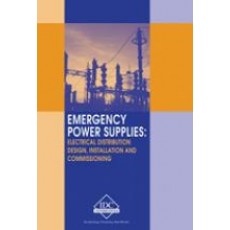 This manual will enable you to understand the level of failure-proofing that specific equipment may require, evaluate available options objectively, specify the best and most economical solution, and manage the installation, commissioning and maintenance of the distribution system.

The primary intention of any power utility is to provide uninterrupted power supply to its consumers. Unfortunately, interruptions can and do happen occasionally. There are several causes for interruption such as:

No power system, regardless of how well it is designed or maintained, can be guaranteed to be free from interruptions. While a high degree of continuity can be ensured, it is quite impossible to guarantee that there will be no interruption of power in the whole of a system.

System instability usually follows a major disturbance such as loss of a generating unit, tie-line tripping etc. Installation and use of adequate reserves in the system may mitigate such events. Deliberate tripping by islanding schemes is also sometimes done to save at least part of a system during major system failures thus enabling faster restoration. Failures due to natural calamities are not preventable, but with adequate warning, steps can be taken to mitigate the effects by advance preparations.

Equipment failures and line faults can be reduced to an appreciable extent by proper selection of equipment and their maintenance. In the event of tripping on faults, power supply can be restored using several options, some of these being:

System outages are more likely in a system without adequate generation reserve. Electrical energy is something that is consumed as it is being generated. No buffer storage is possible in a transmission or distribution network. When there is a sudden load increase, which is beyond the capacity of the system to meet, the frequency of the system falls. Increasing the generation from available spinning reserve can halt the frequency drop, but where this is not possible (due to inadequate reserve availability) a complete system collapse is likely. When the load change is anticipated and is gradual, it is possible to start standby capacity and synchronize them with the system so that excess load can be taken up. Engine generators and gas turbines are capable of quick start and can start supplying load almost immediately, thus taking up peak demands in the system.

It is necessary to understand the effect, a sudden power interruption can have on an industrial facility. An interruption can have costs associated with it, some of which are direct and others indirect. This provides a justification for planning special equipment such as UPS systems to ensure that there are no unscheduled interruptions of supply. The higher the costs associated with an interruption, the more reliable the supply should be and the higher the investment that is justifiable to ensure reliability.

A power failure can result in one or more of the following:

What kinds of accidents can result from a sudden interruption? The following are some of the possible scenarios.

All these can result in accidents. In some cases, though there may be no injury to human beings, such sudden failures of power supply can cause extensive damage to equipment. Following are some examples of such situations:

In many cases, the equipment affected by the power failure itself may be very minor such as a lubrication pump. But when the power supply to this equipment fails, it puts a much a larger and critical equipment (such as a large compressor) at risk of damage. The resulting disruption to a process as a result of the failure can be substantial and so would be the cost of putting the system back on stream.

In some cases, failure of power supply can cause potentially hazardous situations. Some examples for such situations are:

In many cases, the equipment involved is relatively minor. But under specific conditions such as a total supply failure, they may create hazardous situations. For example, lighting failure during a power outage may result in accidents because exit routes are not illuminated or control room operations may get affected due to delayed restoration or safe shutdown activities.

A common result of an interruption is the stoppage of a process which results in lost production. If the production loss is confined to the period of power interruption, it may not be serious. Often the process takes much longer time to attain its original pre-failure status with consequent higher loss of production. Refer to Figure 1.1.

Production behavior as a result of power interruption

In Figure 1.1, axis E denotes the production efficiency, ta the time of interruption and ts the restarting time. It may be noted that:

If the interruption also results in equipment damage, the time required to repair the damage and restart the production can be much higher and so will be the production loss.

Now consider the aspect of cost of interruption. As stated earlier there can be direct costs as well as indirect costs. Some of the examples of direct costs are:

In some cases, the costs may be indirect as well. The following examples will illustrate this:

Hence a power interruption can cost an industry considerably in financial terms. Planning of an electrical system to achieve the desired degree of continuity of power and the investment required must therefore relate to the direct and indirect costs of power interruption in a facility.

One of the solutions that is increasingly being adopted is the installation of distributed generation capacity in a system. Utilities either own such capacity themselves or permit industrial consumers/other third parties to set up this capacity and operate them in tandem with the system. This has several advantages.

Often, cleaner energy technologies are used in these equipment (such as biomass power plants and fuel cell generation units)

A typical standby generation scheme of an industrial plant is shown in Figure 1.2. The scheme is based on an engine driven generator and has the capacity to feed critical loads only. Normally all the plant loads including the critical loads are supplied by the electric utility. When the utility supply fails, the critical loads are transferred to generator supply using the open transition changeover switch. Since the switch is break before make type, a transfer from one supply to another is accompanied by a power interruption. Where such interruption is unacceptable, other types of schemes will be needed.

1.2          Tolerance for interruptions and voltage/frequency excursions

Any electrical equipment is designed with certain tolerances for their input supply voltage. Also, the design may have in-built features which take care of voltage variations to some extent. Many modern office equipment including desktop computer systems can tolerate voltage fluctuations to some extent by virtue of large capacitances (in relation to load currents) and internal regulation circuitry and can ride through voltage sag or even a momentary interruption.

The tolerance range for voltage fluctuations for general industrial equipment is normally in the range of –10 to +6% for slow/sustained variations (sag/swells) and considerably more for short time disturbances.

The topic of voltage sensitivity has received a lot of attention in relation to computers, as the early computer designs were very susceptible to voltage variations and a number of random data errors used to happen because of this. The studies resulted in the development of standard curves indicating the voltage limits plotted against the time for which the limits can be reached without causing ill effects. The earliest of these curves were developed by the Computer and Business Equipment Manufacturers Association (CBEMA) and is shown in Figure 1.3.

Note that such a short duration of voltage rise is what happens during a surge induced by lightning with the safe withstand value defined by the Basic impulse Level (BIL).

In can be said that the upper and lower curves taken together represent the envelope within which the equipment should continue to function without interruption or data loss. As far as dips are concerned, it is the lower limit line that is of interest. This line represents the boundary between survivable and non-survivable dips.

It should be noted that these curves are based on voltage sensitivity exhibited by computer equipment and may not be directly applicable to power equipment. The CBEMA curves have been further refined by Information Technology Industry Council (ITIC) and by ANSI (as IEEE 446) and the curves suggested by these bodies are shown in Figures 1.4 and 1.5 respectively.

In contrast to CBEMA curves, the ITIC and ANSI curves define the limits starting from 1 millisecond. A single curve may not fit all equipments and the designer may choose to apply a particular set of curves, which would best suit the equipment in question. In many cases, it is however the power system which may prove to be the problem. The variations that occur in a system where a particular item of equipment has to be located may not fall within the envelope defined by the sensitivity curves applicable for that equipment. Figure 1.6 below illustrates this point by superimposing the negative side envelope of the ITIC curve with the voltage dips that commonly occur in a system. It may be seen that a substantial part of the curve, representing system voltage dips, falls outside the ITIC lower limit envelope. In this case the equipment tolerance that is to be adopted by the design should correspond to the curve marked as ‘Required tolerance’.

It may or may not be possible to design equipment to match the ‘required tolerance’ curve. The alternative is to use various correction measures, which either deal with the effect of voltage variations or correct the voltage variations so that the input voltage to the equipment meets the requirements.

Emergency power is the minimum backup power required for emergency applications like emergency lighting, emergency shut down systems in petrochemical processes, alarm systems, elevators, life safety and security systems. The term ‘emergency equipment’ is used for those loads where a brief interruption can be tolerated but to which power should be restored as quickly as possible.

Standby power refers to the provision of substantial power to maintain all the production and business processes during power outages either for short period of time or an extended period of time. Examples of facilities that need standby power are semiconductor manufacturing plants, airports, hospitals, apartments, telecommunication establishments and office complexes.