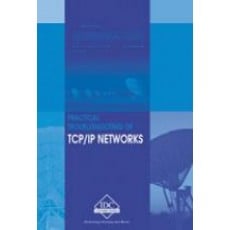 The objective of this course is to examine Voice over IP technologies comprehensively to equip telecommunication personnel with the necessary information to successfully implement a VoIP network in an organization. The course provides detailed information on TCP/IP, converged networks, applications of converged networks– voice over IP, fax over IP, video over IP, and the different protocols used such as, Real Time Protocol (RTP), Real Time Control Protocol (RTCP), Resource Reservation Protocol (RSPV), Diff  Serv, MPLS , H.323 , MEGACO/MGCP and Session Initiation Protocol (SIP) etc.  The course also outlines the interface and hardware requirements and operation standards for the VoIP. Also considered are issues related to implementation, cost benefits, quality of service and testing and trouble shooting of VoIP applications.

Voice Over IP (VOIP) is simply transport of voice traffic by using the Internet Protocol on packet switched networks.  But the question is when traditional telephony networks are transporting carrier- grade voice in an efficient and satisfactory manner, using circuit switching and giving five-nine reliability (only five minutes downtime per year) then why VOIP is required. Traditional circuit switching technology though carries voice very well, is not suitable for new age applications that are data centric.  These new applications include transfer of files on data networks, e-mail, instant messaging, world wide web etc. There has been tremendous growth in data traffic over past couple of years and it is fast catching up with the voice traffic. Personal Computers are widely deployed in offices, work places, business places and households and they are interconnected as well. An upshot of this is that there are two distinct and separate networks in most of the places one for voice (real time applications) and other for data traffic. This is not a very economical scenario. What is required is a unified network or more appropriately a converged network.

Thus we can define VOIP as:

“ Voice Over IP (VOIP) is a converged network application that allows voice, data, video and fax to be transported over existing IP data networks instead of conventional Public Switched Telephone Network (PSTN).”

IP is an attractive choice for voice transport for many reasons-

Circuit Switched based networks are around for many decades and there are numerous standards and technical specifications for circuit-switched telephony. Still the systems are generally proprietary in nature. A switch from a given supplier will use proprietary hardware, proprietary operating system and applications will run on proprietary software. Therefore any requirement for up gradation, expansion will have to be made through existing vendor, severely restricting the choice. IP based switch architecture is an open and distributed architecture, modular in concept. Here each module can be sourced from different vendors providing wider choice and networks are also highly scalable. Final outcome is lower equipment cost.

IP offers a converged and unified platform for transport of data as well as voice.

A circuit switched network requires 64 kbps bandwidth in each direction for a standard telephone call. However over the years many bandwidth efficient coding algorithms have been developed which are bandwidth efficient and consume 32, 16, 8, 6.3 Kbps bandwidth. The legacy telephony networks cannot use these coding schemes, as it would entail massive up gradation and investment at network as well as customer premises. VOIP on the other hand can effectively use these coding schemes to optimize bandwidth utilization.

1.2.4          Universal acceptance and availability of IP as a networking protocol

Almost all computing devices and processing devices use IP. IP is almost universally deployed in all networked devices.

However theoretical considerations apart many challenges are to be met and impediments to be overcome before VOIP is successfully implemented and widely deployed.

The problems in implementing VOIP are-

For VOIP to pose a serious challenge to circuit-switched telephony, the voice quality provided by VOIP shall be as good as in telephony network. But IP is basically designed for transporting data traffic and data traffic is asynchronous that is it can tolerate delay. Voice traffic on the other hand is synchronous, that is it is real time and delay sensitive. Any appreciable delay in receipt of voice packet will badly impair the quality of speech.

The requirement of real time communications (voice traffic) are exactly opposite to the requirement of data. Voice is tolerant of packet loss, provided lost packets are kept to a small percentage of total traffic (less than five percent). Voice is however do not tolerate delay. The ITU-T recommendation G.114 states that the round trip delay should be less than 300 ms for telephony applications, or end-to-end delay requirement of less than 150 ms. In a multiservice network, the total delay experienced by a packet is sum total of various factor as outlined below.

Jitter is variation in delay. If there is some delay in conversation then it is possible to adjust the delay provided the delay remains constant. Jitter is caused in IP networks in two ways, first packets take different routes from source to destination and experience different delays. Secondly different packets experience different queuing time, due to sharing of available resources by different users. Jitter is not an issue in circuit –switched telephony as there is a dedicated one to one path between source and destination. For example in VOIP environment, with a constant packet transmission rate of every 20 ms, every packet would be expected to arrive at the destination exactly every 20 ms. However this situation is not always present. Some packets may arrive on time but others may get delayed. To take care of jitter problems Media gateways have play out buffers that buffer a packet stream so that the reconstructed voice waveform is not affected by the packet jitter. Play out buffers can minimize the effects of jitter but cannot eliminate severe jitter.

VOIP is based on packet switched network architecture that is voice is first digitized, packetized and then transported in the form of packets. If packets are lost in transit then unlike in data traffic where lost packets can be retransmitted, any retransmission will introduce delay badly impairing the quality of voice.