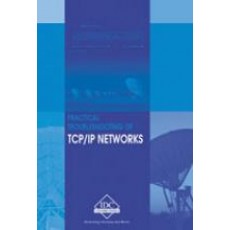 This manual covers the essentials of network management, including fault finding at Ethernet/IP/TCP and application levels.

This chapter deals with the OSI model, its relevance in terms of the technologies dealt with in this manual, and a generic troubleshooting approach.

After studying this chapter you should be able to:

With the need for data exchange superseding voice and picture transmission, computer networks have become the most prevalent of all communication networks. Depending on the distances between the computers, computer networks can be further differentiated into:

A communication framework that has had a tremendous impact on the design of computer networks is the Open Systems Interconnection (OSI) model of the International Organization for Standardization (ISO).  The objective of this model is to provide a framework for the co-ordination of standards development, and allows for existing as well as evolving standards activities to be set within that common framework.

In order to understand the structure of all the technologies discussed in this book, a quick review of the OSI model basics is a necessity.

The interconnection of two or more devices with some form of digital communication is the first step towards establishing a network.  In addition to the hardware requirements as discussed above, the software problems of communication must also be overcome.  Where all the devices on a network are from the same manufacturer, the hardware and software problems are usually easily overcome because all the system components have usually been designed within the same guidelines and specifications.

Proprietary networks that comprise hardware and software from only one vendor are called closed systems.  In most cases these systems were developed at a time before standardization, or when it was considered unlikely that equipment from other manufacturers would be included in the network.

In contrast, ‘open’ systems conform to specifications and guidelines that are ‘open’ to all.  This allows equipment from any manufacturer that complies with that standard to be used interchangeably on the network. The benefits of open systems include wider availability of equipment, lower prices and easier integration with other components.

Faced with the proliferation of closed network systems, the ISO defined a ‘Reference Model for Communication between Open Systems’ (ISO 7498) in 1978. This has since become known as the OSI model.  The OSI model is essentially a data communications management structure that breaks data communications down into a manageable hierarchy (‘stack’) of seven layers.  Each layer has a defined purpose and interfaces with the layers above it and below it.

By laying down functions and services for each layer, some flexibility is allowed so that the system designers can develop protocols for each layer independently of each other.  By conforming to the OSI standards, a system is able to communicate with any other compliant system, anywhere in the world.

The OSI model supports a client/server model and since there must be at least two nodes to communicate, each layer also appears to converse with its peer layer at the other end of the communication channel in a virtual (‘logical’) manner.  The concept of isolation of the process of each layer, together with standardized interfaces and peer-to-peer virtual communication, are fundamental to the concepts developed in a layered model such as the OSI model.  This concept is shown in Figure 1.1.

The actual functions within each layer are provided by entities (abstract devices such as programs, functions, or protocols) that implement the services for a particular layer on a single machine.  A layer may have more than one entity; for example a protocol entity and a management entity. Entities in adjacent layers interact through the common upper and lower boundaries by passing physical information through Service Access Points (SAPs).  A SAP could be compared to a predefined ‘postbox’ where one layer would collect data from the previous layer. The relationship between layers, entities, functions and SAPs is shown in Figure 1.2.

The functions and capabilities expected at each layer are specified in the model. However, the model does not prescribe how this functionality should be implemented.  The focus in the model is on the ‘interconnection’ and on the information that can be passed over this connection.  The OSI model does not concern itself with the internal operations of the systems involved.

When the OSI model was being developed, a number of principles were used to determine exactly how many layers this communication model should encompass. These principles are:

The use of these principles led to seven layers being defined, each of which has been given a name in accordance with its purpose. Figure 1.3 shows the seven layers.

Typically, each layer in the transmitting stack, with the exception of the lowest, adds header information, or Protocol Control Information (PCI) – a.k.a. ‘header’, to the data before passing it across the interface to the next layer.  This interface defines which primitive operations and services the lower layer offers to the upper one.  The headers are used for peer-to-peer layer communication between the stacks and some layer implementations use the headers to invoke functions and services at the adjacent (N+1 or N-1) layers.

At the transmitting stack, the user application (e.g. the client) invokes the process by passing data, primitive names and control information to the uppermost layer of the protocol stack.  The stack then passes the data down through the layers of the stack, adding headers (and possibly trailers), and invoking functions in accordance with the rules of the protocol at each layer.

At each layer, the ‘data’ received at a certain layer (including headers from the layers above it) is referred to as a Service Data Unit or SDU. This is normally prefixed with the first letter of the name of the layer. For example, the Transport layer receives a TSDU from the Session layer. The Transport layer then processes it, adds a header, and creates a Transport Protocol Data Unit or TPDU.

At this stage it should be quite clear that there is no physical connection or direct communication between the peer layers of the communicating applications. Instead, all physical communication is across the lowest (Physical) layer of the stack. Communication takes place downwards through the protocol stack on the transmitting node and upwards through the receiving stack.  Figure 1.5 shows the full architecture of the OSI model, whilst Figure 1.6 shows the effects of the addition of headers to the respective SDUs at each layer.  The net effect of this extra information is to reduce the overall bandwidth of the communications channel, since some of the available bandwidth is used to pass control information.

The services provided at each layer of the stack are as follows.

In the OSI reference model, the Transport layer is responsible for providing data transfer at an agreed-upon level of quality, such as at specified transmission speeds and error rates.  To ensure delivery, some Transport layer protocols assign sequence numbers to outgoing packets. The Transport layer at the receiving end checks the packet numbers to make sure all have been delivered and to put the packet contents into the proper sequence for the recipient.

The Transport layer provides services for the Session layer above it, and uses the Network layer below it to find a route between source and destination.  The Transport layer is crucial in many ways, because it sits between the upper layers, which are strongly application-dependent, and the lower one, which are network-based.

The Network layer is the third layer from the bottom up, or the uppermost ‘subnet layer’. It is responsible for the following tasks:

The LLC sub-layer provides an interface for the Network layer protocols, and controls the logical communication with its peer at the receiving side.  The MAC sub-layer controls physical access to the medium.

The Physical layer is the lowest layer in the OSI.  This layer gets data packets from the Data Link layer above it, and converts the contents of these packets into a series of electrical signals that represent ‘0’ and ‘1’ values in a digital transmission. These signals are sent across a transmission medium to the Physical layer at the receiving end.  At the destination, the Physical layer converts the electrical signals into a series of bit values.  These values are grouped into packets and passed up to the Data Link layer.

The required mechanical and electrical properties of the transmission medium are defined at this level.  These include:

The stack is there for the benefit of two entities to talk to each other. These entities are the ‘client’ and the ‘server’. Although they can be accommodated in physical devices, they are in fact software entities. The client is the requester of information, and the server is the supplier thereof. Examples of clients are email clients (e.g. Eudora, Outlook Express) and Web clients (e.g. IE6, Firefox). Examples of servers are FTP servers (e.g. Serv-U) or Web servers (e.g. Apache, Xitami).

An example from the Industrial environment is Modbus. Here the client is embedded in the Master (i.e. the controller) and the server is located on the Slave device (e.g. RTU).

Experienced individuals will no doubt develop a ‘gut feel’ regarding everyday problems, but for complex problems a definite methodology will help.

It is easiest to spot problems at the medium. They are often visible to the naked eye (broken cables, flashing LEDs), and require very little network knowledge or tools. Problems at this level can be dealt with by service technicians or electricians with basic cable testing equipment.

At layers 1 and 2 (Ethernet) things get slightly more complex, but problems here can often be solved by swapping interfaces (NICs) or changing configuration parameters via the Windows control panel.

If the problem persists, it might be at layer 3. At this level a solid knowledge of IP configuration parameters such as IP addresses, subnet masks, default gateways, etc. is required. Troubleshooters also need to be familiar with the DOS utilities and/or have a repertoire of Windows-based troubleshooting software at their disposal. The plot thickens if routers are involved, and a basic knowledge of, say, Cisco router commands and utilities may be required.

Layer 3 problems might also be at the protocol level and for that a working knowledge of Network layer protocols such as IP, ARP and ICMP is required, as well as a suitable protocol analyzer. For most applications a freeware analyzer such as Ethereal may suffice, but some high-speed systems such as Gigabit Ethernet and beyond a dedicated hardware analyzer (at appreciable cost) may be necessary.

At layer 4 it becomes even trickier as TCP/UDP has no configurable parameters (except via the registry) and troubleshooters can only view events via a protocol analyzer. A thorough knowledge of the protocol is also required, as problems at this level involve sockets, connection establishment and connection termination.

At OSI layers 5-7 (collectively known as the TCP ‘Application’ layer) we find protocols such as FTP and HTTP. Apart from observing these protocols in action via a protocol analyzer, they are very much ‘black boxes’.

At the client/server level the situation is even worse, as the internal operation is only known to the vendor.  Often problems within the client or server only manifest themselves indirectly, for example as spurious TCP resets, and if the situation points at a suspect client or server it can be taken up with the vendor. Often the problem can be addressed by means of a firmware update.

To summarize: start troubleshooting at the bottom and work upwards.