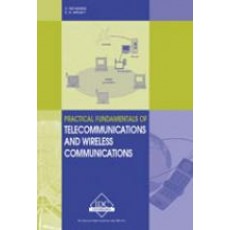 This manual covers the fundamentals of telecommunications and is suitable for anyone looking for a complete understanding of the essentials of the terms, jargon and technologies used. This manual is designed for those who require a basic but fundamental grounding in telecommunications and is of special benefit for those who want to apply the technology quickly.

After studying this chapter you will:

The word telecommunication is derived from the Greek ‘tele’, meaning ‘at a distance’. ‘Communications’ refers to the science and practice of transmitting information.
A more relevant definition is given in the Dictionary of Communications Technology, which defines it as ‘a term encompassing the transmission or reception of signals, images, sounds, or information by wire, radio, optic, or infrared media’.

The Internet uses the PSTN circuits to carry some of its data and the phenomenal growth of the Internet has stimulated the growth of data circuit usage in the PSTN. In some countries, Internet traffic accounts for more than half the total PSTN traffic.

Cellular radio services are having an enormous impact on the growth of telecommunications networks. In industrialized countries they are used increasingly for mobile business communications. However, in developing countries, they enable many customers in the main population centers to obtain affordable telecommunications services.

With cellular services the telecommunications provider does not have to invest in the very high costs of a fixed subscriber distribution plant for individual customers and can serve thousands of customers from one transmitter site. Service can be supplied almost immediately.

Telecommunications standards are essential in allowing the global PSTN to function. It is clear that when a telephone call or data message originates in one country and terminates in another, both sender and recipient need to understand each other's messages. This is achieved by using standardized message formats. This enables a message to be successfully passed through a number of countries, as necessary, along the way.

The ISO has issued many important data communications standards. One of the most important is the Open Systems Interconnection Reference Model, which we will discuss later. Many national standards organizations are affiliated to ISO, including the American National Standards Institute (ANSI).

Some of the other important telecommunication standards organizations are:

Telecommunications standards are also developed by groups of manufacturers that formulate standards. These often become ad hoc industry standards and may subsequently be incorporated in the recommendations of the International standards organizations. Some examples of these groups are the Frame Relay Forum, the ADSL Forum and the ATM Forum.